The internet has provided us with many opportunities of making money online, and millions of people are tapping into these opportunities provided by different platforms.

Many platforms have emerged in the past with their offers of paying users for rendering some services. An example is Swagbucks, a platform that pays users to perform tasks like answering surveys.

Some others have emerged on the foundation of Ponzi schemes, convincing users to invest funds in the platform and rewarding them with more than a proportionate percentage return.

This type of platform is often designed in a pyramid structure which favours only the early birds and often crashes unexpectedly, leaving the new users whose funds are still invested in the platform to their fate.

As this has become very prevalent in our digital space, people are getting smarter and more careful about the money-making platform they venture into, and this is what inspired us to give this review about the inksnation platform.

Insknation is a platform which poses as a poverty alleviation program for poor Nigerians to earn money online.

Is this platform a legit platform for making money online or is it another scam project in the name of a money-making platform? 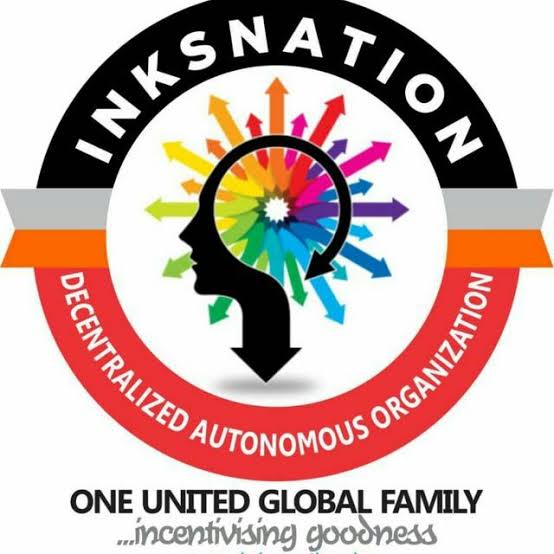 This platform claims to be a poverty eradication scheme that empowers people financially founded by Amos Sewanu Omotade, who goes by the nickname “Universal Daddy Ink”.

It also claims to be backed by humans and values human lives rather than robots.

The platform also claims to be working to become the first Nigerian blockchain with its crypto coin called the pinpoint, which was launched and registered with CAC on August 15, 2019.

According to the platform, they plan to enrich their users who have joined the platform with 120,000 worth of pinkoin monthly for their establishment.

Before we proceed, let us look at the profile of the founding father of this platform.

The founder of the Inksnation platform, Mr Amos Sewanu, once had a fraud case with the Economic Financial Crime Commission(EFCC) on the case of some fraudulent transactions.

Though this case may have been settled, and he may have paid his dues, it is impossible to ignore some elements of truth in the charges against him.

This should be an eye-opener and give you a tip on what you might be going into with this platform.

The platform is imbued with a video tutorial on its homepage. This video explains the modus operandi of the platform, but the video seems to be mere gibberish because it doesn’t clearly explain how exactly the platform works.

The video was just a repetition of some ignorant statements that do not make sense, such as inferring that the Inksnation was built to serve humans and also values human lives at $800,000.

The video also mentioned nodes and claimed each family member is a node.

Even though all these may seem good as something built to help humans, they don’t make sense.

The video did not mention any business model through which the Inksnation has been able to survive in business for a long and also been able to render help to its family of nodes. The video kept repeating the moral talks of rating human life over robots.

The platform does not require much from potential users to join the platform. All they need are these basic things;

After opening the account, deposit particular money according to the plan you choose to key into.

When you register and pay for any packages, someone with a pink card (an ATM that gives one access to the pinkoin) will activate your Inksnation account.

After reading the above analysis, I guess you’re getting the point now, but if you are still asking if Inksnation is legit, the answer is NO.

Inksnation is another Ponzi scheme which relies on the funds invested by new members to pay old members, and this type of platform does not last long.

It works like a pyramid, which means that the people on the lower radar feed the people on top of the radar. The funds will stop moving up the pyramid once new people stop joining the scheme.

Also, this platform is not checked by any higher authority. It can be easily manipulated.

In the end, only the top referrals who have reached a certain high level will benefit from this scheme.

More Reasons Why Inksnation Is Not Legit

This is a red flag for a platform which claims to value human life over robots.

The platform ought to have a refund policy for unhappy members who are dissatisfied with the platform, but there’s none.

Every blockchain-based program requires a very high level of encryption to keep its platform secure.

It is also a bad sign that a platform like Inksnation, which claims to be a program backed by a blockchain, does not have a basic SSL certificate.

The ” About US” page is a very important part of a website as it covers the story of the website in question.

Also, this is an important factor that Google considers when considering a site into its site programme, but Inksnation does not have an “About US” page.

Inksnation is a Ponzi scheme created to swindle ignorant members who believe in their promises.

These people who do not understand how they work can be easily deceived into investing in such dubious schemes.

Do not participate or invest your money in this platform or any other platform that follows the same path, and they have nothing to offer.

What Is The Average Gift Card Amount For Birthday Gifts?

How To Withdraw Money From Binance To Bank Account

When To Use Debit And Credit Cards

What is an Initial Coin Offering (ICO)?

Top 10 Cryptocurrency Influencers You Should Be Following In 2022

Top 10 Cryptocurrencies In 2022 On The Verge Of Bullish Breakout

How To Sell NFT In Nigeria

Top 5 Crypto To Invest In 2022 For Short-Term Investment

7 Things You Should Know Before Buying a Token