Dogecoin (DOGE) has surpassed expectations from being a coin created out of joke to become one of the top crypto assets today.

DOGE has increased in its use since it was created. With the lot of hype about it, mostly from billionaire, Elon Musk, it is yet to reach the $1 mark.

The price of crypto assets crashed in 2022 with a lot of coins/tokens nearing their all-time lows after the highs of late 2021. The price of DOGE as of writing is $0.101930 which is still below the $1 mark.

The Japanese dog-themed token will mark it’s 10th year anniversary in 2023, will this be used as a point to soar and reach $1? This we’ll discuss in this post. Before then, let’s see a brief about Dogecoin for the sake of beginners.

What is Dogecoin (DOGE)?

Dogecoin (DOGE) belongs to the category of cryptocurrencies called ”memecoins”. It was created as a meme of the first ever crypto, Bitcoin, and was forked from Bitcoin’s silver, Litecoin.

The cryptocurrency has a Japanese Shiba Inu dog as it’s logo. As a parody of BTC, Dogecoin (DOGE) has grown since it’s creation in 2013 by Billy Markus and Jackson Palmer. Its rise in the crypto market is as a result of social media buzz with Tesla CEO, Elon Musk, been DOGE number one influencer.

DOGE is modelled on the Satoshi Nakamoto‘s Bitcoin which made it to have many things in common. One of these is the energy consuming proof-of-work (PoW) mechanism. As a result of the PoW, Dogecoin can be mined just like BTC.

As of writing, DOGE is ranked 8th among thousands of crypto assets by CoinMarketCap with a total market cap of $13 billion. 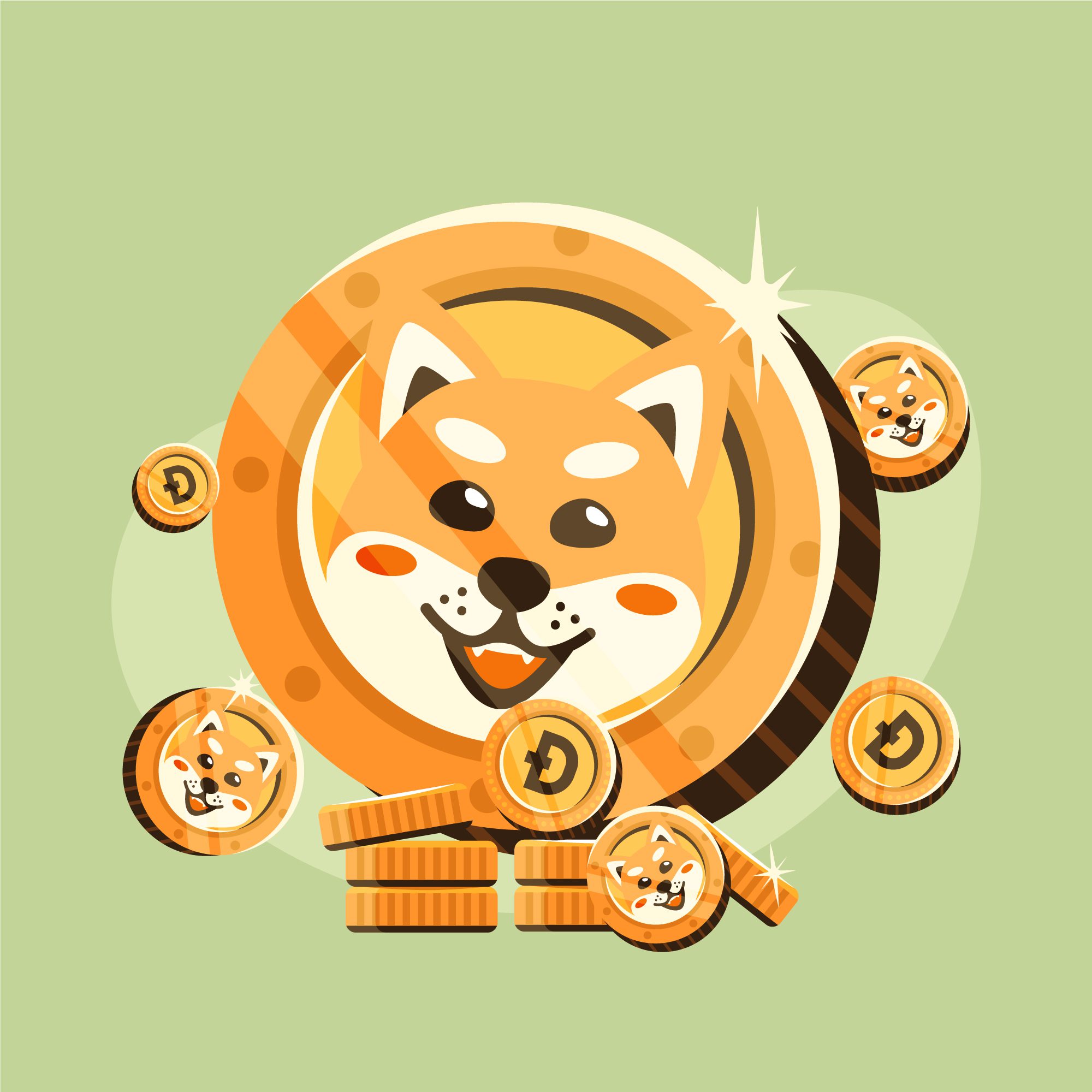 What Does DOGE Need to do to Reach $1?

Dogecoin has existed for 9 years and is yet to reach the $1 mark despite the buzz and growth. For this coin to get to such height, there are things that needed to be done.

1. Increase the number of use cases

Dogecoin has certainly improved in its utility recently. It has been labelled to be a shitcoin for its value when compared to other crypto assets like Bitcoin, Ethereum, Solana, Cardano, USDT, and so on.

Today, DOGE can be used to pay for goods and services. You can use DOGE to purchase NFTs, invest in DeFi crypto and new tokens, purchase some of Tesla’s products (e.g merch), and so on.

There has been predictions that DOGE would be the official currency of Twitter; the recently acquired social media platform by the dogefather, Elon Musk. If this is added to the use cases of Dogecoin, it could make its price to rise.

2. Transition to a Proof-of-stake Blockchain

Dogecoin is likely to reach the $1 mark if it moves from the proof-of-work blockchain to the Proof-of-stake blockchain. Ethereum co-founder, Vitalik Buterin sits on the advisory board of the Dogecoin Foundation and has proposed this transition.

Ethereum was able to move permanently from the PoW consensus mechanism to the Proof-of-stake after The Merge was successfully completed in 2022. With this, ETH is able to process more transaction with less energy consumed. DOGE is also expected to make such move which will improve its performance.

A transition to the PoS blockchain will see DOGE investors increase as they look to lock up their coins in return for staking rewards. This could impact the price of DOGE in the long run.

3. Take opportunity of its decade history

Dogecoin will be 10 years in the crypto industry by December 2023. A lot is expected to have changed before this time as DOGE aims to rival Bitcoin.

As DOGE has surged in the past with social media hype, that can still be used to get it to the $1 price. Elon Musk has mentioned Dogecoin severally on the Twitter platform even before he became the owner. The billionaire as well as other influencers can still take the opportunity of DOGE 10 years anniversary to skyrocket its price. The fact that it has survived in the crypto space for a decade could be used as a marketing tagline.

The price of DOGE today shows that it still has a lot to do to get to $1. The cryptocurrency market has been bearish for much part of 2022.

Dogecoin has been one of the few crypto assets that have performed in the bear market. Although the next bullish market is not known yet, 2023 is however predicted to see crypto assets in the green index for longer periods again.

Does this mean that DOGE will reach $1 in the next 12 months? Well, this would be a milestone achievement for the Dogecoin community.

Dogecoin is still nothing short of a shitcoin despite its success over the years. A lot we need to be done if it will really get to $1. I mean like the dog-themed coin becoming the official currency on planet earth as predicted by the dogefather.

Dogecoin has become one of the most popular and largest crypto assets today. Despite this, the price of DOGE is yet to reach $1.

The crypto market is unpredictable so anything can happen before the next 12 months. Averse risk takers are buying the dip, expecting the next bull run.

If you must invest in little or no value assets like Dogecoin, you must put what you can afford to lose.

How To Buy With Dogecoin on Tesla Shop

Top Memecoins To Buy Despite Cryptocrash

Why Dogecoin Is Useless

Dogecoin vs Sangocoin- Which is Better Investment in 2022?

Will Dogecoin Hit $1 Mark In The Future?

Dogecoin vs Filecoin-Which To Buy in 2022?

How To Sell Dogecoin for Naira

What You Need To Know About Shiba Inu Coin

The Rise Of Shiba Inu: Its Market Value And Future Prediction

How Dogecoin Gained From The Ethereum Merge

Where To Spend Dogecoin In 2022