Read: Why eNaira is not a cryptocurrency

The Central Bank of Nigeria charged all financial institutions in Nigeria to block all crypto users from utilizing their platform for crypto transactions and settlements because it has no legal backing and is not issued by any central authority. The CBN also opined that it could be used to finance crimes and other acts of terror.

However, Nigerians are already downloading and signing up for the eNaira wallet app on Google Play Store.

There is much controversy in the air as to whether the eNaira will be fully adopted in Nigeria or not, given some of the limitations of the eNaira, the eNaira may not be widely accepted in Nigeria for some reasons which have been highlighted in this article. 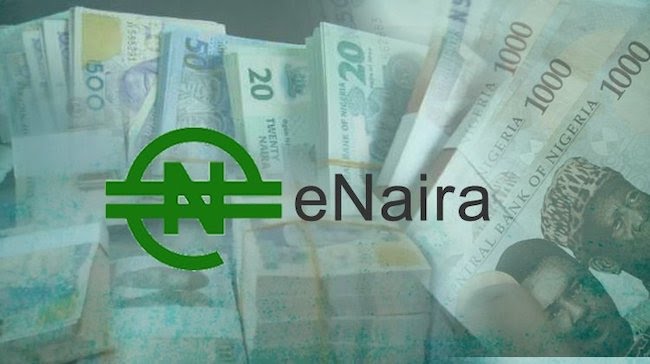 eNaira is a Nigerian government-issued digital money that has the same value as genuine naira notes. It will be purchased by the general public through financial institutions or intermediaries and then transferred to users’ e-wallets. The e-Naira will be produced independently of bank accounts; the wallet will be created by financial institutions using an application product interface to create client identity. It is accepted as legal tender throughout the country.

Why eNaira May Not Be Fully Adopted In Nigeria

1. It doesn’t Increase in Value:

Cybercrime has risen in tandem with the advent of online banking, digital currency, and digital payment systems. Stolen passwords, hijacked accounts, internet banking frauds, and other threats will become more common as e-Naira becomes more widely used. With the implementation of Central Bank Digital Currencies, fraudsters will have a new way to defraud and divert people’s money and sadly, people in rural areas are more vulnerable.

3. There is no interest:

Unlike Naira maintained in a traditional bank savings account, money held in an e-Naira wallet does not earn interest.

4. Savings Will Be Discouraged:

Money maintained in a digital naira e-wallet is mostly used for transaction settlements and payments, which could lead to excessive spending.

Given the above reasons, one can’t help but doubt the potency of eNaira in Nigeria in the future. The digital currency is a good idea which is plagued by some limitations and unfortunately, these impediments may render the digital currency unacceptable.

What is an Initial Coin Offering (ICO)?

Why Prestmit Is The Best Digital Platform

How To Stay Safe On Paxful

Why You Need Prestmit Naira Wallet