Some variants of cryptocurrencies emerged in the crypto realm through what may seem to be a successful joke. These cryptocurrencies are popularly referred to as meme coins due to the purpose of their creation, comic relief or a joke.

The pioneer meme coin to ever grace the crypto space is Dogecoin (DOGE). In the earlier days of crypto, when Bitcoin and other mainstream cryptocurrencies were making waves and gaining huge traction, Dogecoin was created in 2013 as a joke or meme to make a viral mockery of these cryptocurrencies.

Much to the creators’ amazement, Dogecoin became a force to reckon with and grew very popular than expected. However, many of its users lost interest in it until the billionaire Elon Musk rekindled the project into popular consciousness through his consistent tweets about Dogecoin.

A coin created just for comic relief, with no utility and as worthless as it could have been, grew to become one of the biggest cryptocurrencies in the world. It also ushered in many memecoins which towed the same path, though many have failed woefully but some have been pushing beyond limits.

Shiba Inu (SHIB) is one of those memecoins launched after Dogecoin and even though it was launched in August 2020, the SHIB project was hellbent on catching up with Dogecoin. The many prospects of Shiba Inu earned it the title of the “Dogecoin killer“.

Even though Shiba Inu once overtook Doge’s market cap, the roles were reversed again and Dogecoin recovered its spot as the most expensive memecoin.

This does not make SHIB useless on its own, it is still one of the biggest memecoins and cryptocurrencies in general.

This article will discuss the Shiba Inu coin, its value, price prediction and its potential to be a good investment for the future.

Shiba Inu is an ERC-20 token built on the Ethereum network. The coin was founded by an anonymous individual with the pseudonym Ryoshi.

Being an ERC-20 token, developers can build a decentralized exchange, ShibaSwap and integrate tokens and NFTs into the platform.

Shiba Inu has a maximum supply of 1 quadrillion tokens which is quite higher than other most cryptocurrencies. As a result of the largeness of the token size, Shiba Inu’s price became lower than other assets that share the same market capitalization.

Before this coin was launched, the developers moved half of its supply to the Uniswap decentralized exchange (DEX) and comfiscated the keys. The remnant was sent to Vitalik Buterin, the co-founder of Ethereum hoping he would not sell but burn them rather.

Buterin burned 90% (about 410 trillion) of the SHIB tokens by transferring them to an address that does not exist, hence, destroying about $6.5 billion worth of SHIB tokens.

About bout 100 trillion Shiba Inu tokens were donated  to the India COVID-Crypto Relief fund in 2020 by Vitalik Buterin. The worth of these tokens at the time of donation was about $1.14 billion.

Buterin also pledged to support longer-term initiatives hy donating the remaining Shiba Inu tokens to charity. His gift brought credibility to Shiba and cryptocurrency as a whole and is also considered to be one of the largest single donations ever made with crypto.

Developers of Shiba Inu (SHIB) envision changing the project to a complete decentralized ecosystem where the community holds complete rights over the management of the protocol.

The dynamics of the Shiba Inu prove have been a roller coaster since last year. On May 2022, it made a major leap in a very short period. It couldn’t keep its position for long but it made another major headline on June 2022. 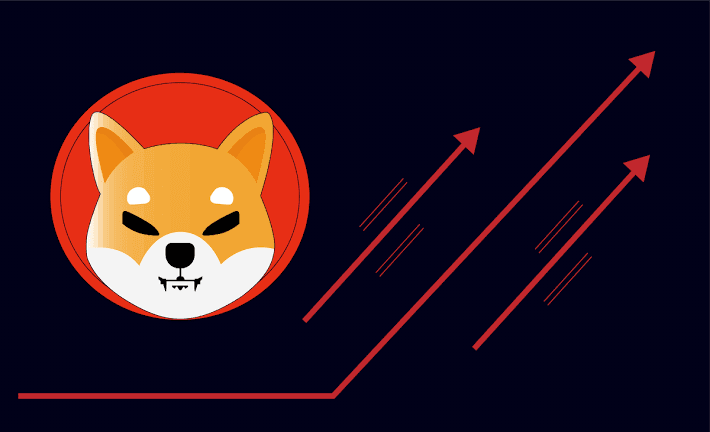 Is Shiba Inu a Good Investment?

Going by the reputation which Shiba Inu coin has been built, one dares not say it is not a good investment for the future but this depends on if and when some conditions are met.

If Shiba Inu will regain its original popularity and position as the ” Dogecoin killer”, then there’s a possibility of having a massive return on Shiba Inu investment.

The donation of Buterin to the  India COVID-Crypto Relief Fund has played a huge role in attracting more people to the project and also showing the legitimacy of project.

It’s difficult to know exactly how much of the total donation has been sold since about 20 trillion Shiba token has been transferred out of their wallet.

Additionally, the 500 trillion Shiba tokens locked into the Uniswap DEX have not been minted. This will make selling Shiba Inu coins affect the price of the token more.

Investing in Shiba Inu coin is a risky venture just like investing in other cryptocurrencies. There’s no certainty about the condition of your investment, especially in bearish markets where prices are extremely volatile.

Currently, the Shiba Inu coin is still fluctuating and is very risky to venture into. However, with the right management strategy and the liquidity available, it will rise again.

Top 10 Cryptocurrencies In 2022 On The Verge Of Bullish Breakout

Is It Possible For The Government To Track Bitcoin Transactions?

5 Interesting Things To Know About Prestmit

5 Things You Need To About Blockchains

Why Do People Sell Airtime In Nigeria?

10 Most Traded Metaverse Cryptocurrency In 2022

What Is ZugaCoin Price In Nigeria Today?

How To Build a Cryptocurrency Mining Rig