Fraudsters stole $610 million in various cryptocurrencies from the Chinese platform Poly Network in August 2021, making it one of the greatest heists in history. The hackers were subsequently repaid their money.

That is a rare situation. Mt. Gox, a Japanese exchange, declared bankruptcy in 2014 after hackers stole $450 million in Bitcoin and other cryptocurrencies.

BitMart, a cryptocurrency exchange, recently claimed that fraudsters stole $150 million from them due to a “large-scale security compromise” triggered by stolen private keys.

On Monday, the exchange stated that it was investigating the situation and that withdrawals had been temporarily blocked. People who have a history of hoarding large amounts of cryptocurrencies have also been targeted.

Police in Hamilton, Ontario, reported the arrest of a youngster in November in connection with the theft of 46 million Canadian dollars ($36.5 million) in Bitcoin.

According to investigators, this is the largest single-person cryptocurrency theft in the history.

According to Hamilton Police, the victim was the victim of a SIM-swap attack, in which criminals fooled wireless-carrier workers into reproducing the victim’s phone number, allowing them to intercept two-factor authorization requests and obtain access to the victim’s account.

So far, the case has resulted in the confiscation of about C$7 million ($5.6 million) in cryptocurrency.

According to CipherTrace’s analysis, losses from crypto hacks, thefts, fraud, and misappropriation totaled $681 million in the first seven months of 2021.

If present losses persist, they will total $1.17 billion, down from $1.9 billion last year.

Even if you store your cryptocurrencies on a well-known exchange, it may be difficult to recover your valuables.

After receiving thousands of consumer complaints about its customer service, Coinbase, one of the most popular exchanges, opened a live phone support line in September, which did not appear to please any of its angry consumers.

What Could Be Worse Than Having Your Funds Stolen? 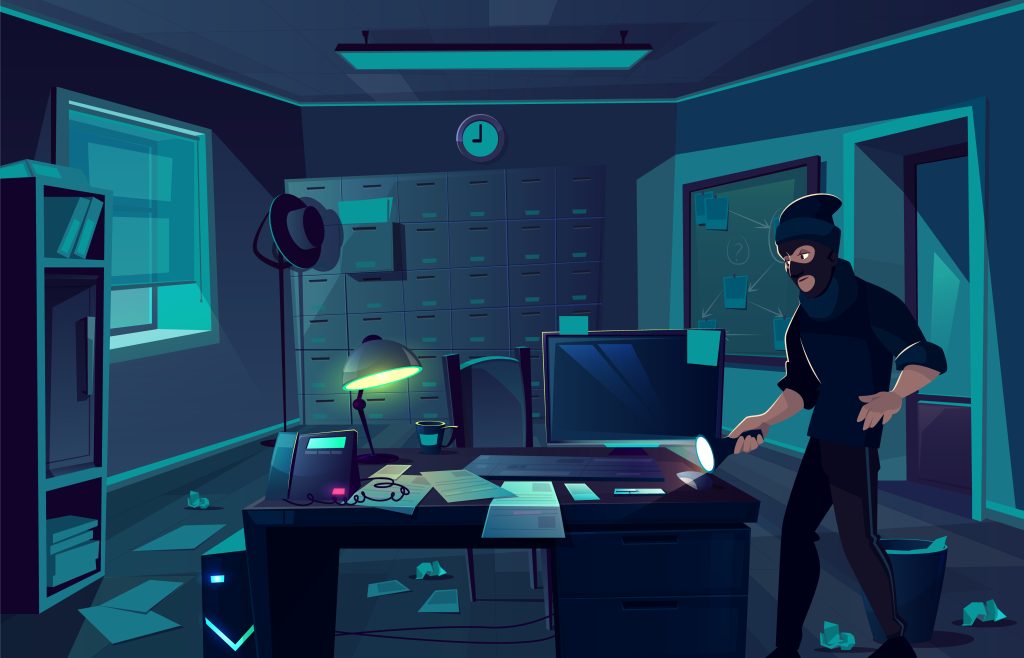 Keeping track of the movement of money on the blockchain, the technology that supports cryptocurrencies by creating a public record of all transactions.

“Your stolen funds are right in front of you, but there is no way to reclaim them,” said Don Pezet, co-founder of ITProTV, an online IT training company.

“It’s as if your car was stolen and left in front of your house.” Of course, the best strategy is to make certain that your cryptocurrency is never stolen.

That means putting as much of it as possible in “cold” wallets that aren’t connected to the internet.

Any funds placed in “hot” wallets, which are hosted online, should be maintained as secure as possible.

Why Is Recovering Stolen Crypto Difficult?

As easy as using a credit card has become, it’s important to remember that cryptocurrencies don’t come with built-in consumer protection like credit cards.

Any time a consumer notices an unexpected charge or withdrawal, they can dispute the amount and get their money returned to their account.

Unfortunately, there are no chargebacks or automatic replenishment of funds using cryptocurrency.

In part, this is because government-sponsored consumer and investor protection programs do not apply to crypto-assets.

Federal Deposit Insurance Corporation (FDIC) protects all deposit accounts (checking and savings) for the standard sum of $250,000 if your banking institution goes bankrupt.

However, if peradventure you fall victim to your crypto being stolen from you, here are some recommendations to opt for:

Pezet advises moving the remaining funds from your hijacked wallet. Remove the wallet and replace it with a fresh one.

According to Andrew Gunn, senior threat intelligence analyst at ZeroFox, all passwords related to your exchange account should be changed as promptly as possible.

If you believe that the device you use to access your account(s) has been hacked, it is high time you reformatted it or stopped using it.

If your exchange is huge and well-known, you have a better chance of receiving support. According to Gunn, if you take action fast, your exchange may be able to freeze your money.

Many exchanges, however, are not compelled to assist. Cryptocurrency exchanges based in countries with fewer regulations may be able to operate.

Cryptocurrency does not qualify as an asset in many countries, reducing the likelihood of government aid, according to Pezet.

While it’s unlikely that a formal report can help recover stolen crypto, having a case number or papers is a good idea. You never know when an insurance claim or a lawsuit will come your way.

Having evidence that you took the theft seriously will help if you need to prove your standing.

In rare cases, the FBI and companies that specialize in crypto-tracking have been able to recover cryptocurrency.

Tracing expertise helped the FBI recover $2.3 million of the $4.4 million paid in Bitcoin as ransom in the Colonial Pipeline ransomware attack.

For the most part, it’s improbable that the federal government will take such measures for the average American citizen.

They may also be able to help you retrieve passwords and private keys if you lose them.

With the help of cryptocurrency owners and law enforcement, crypto hunters search for, locate and recover cryptocurrencies that have gone missing or have been stolen.

To generate millions of passwords, they charge a fixed fee and use specialized software to do so.

How To Defend Yourself Against Crypto Hacks And Theft 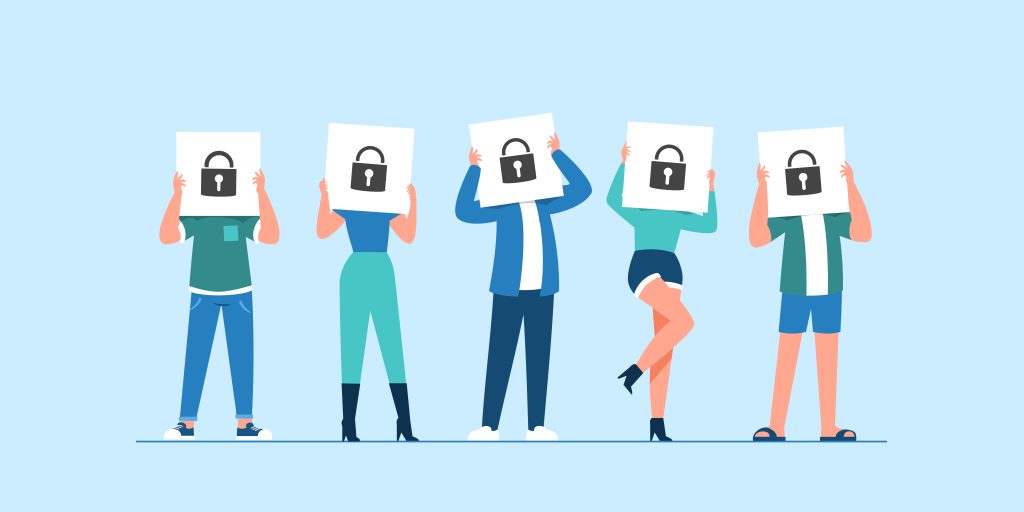 Is there anything more I need to know before I take the next step in the process of recovering my stolen Bitcoin, Ethereum, or other Cryptocurrency?

The Kaspersky Anti-Malware Technologies Development Malware Expert, Aleksey Malanov, has several ideas you may not have thought of.

According to Malanov, you should separate your cash into “cold” and “hot” wallets. On a day-to-day basis, the “hot” wallet has a small amount of cash that you’ll require.

It’s important to maintain 95 to 99 percent of your money in a cold wallet, which is an offline device such as a Ledger or Trezor (or even just a piece of paper) that isn’t connected to the internet and has no automated functions.

In this case, Malanov told Decrypt, “unauthorized remote access to this wallet is excluded, as is the compromise of private keys”.

A multi-signature wallet, like CarbonWallet or Xapo, should be used in conjunction with a cold wallet, according to Malanov.

For a multi-signature wallet, like CarbonWallet or Xapo, a transaction must be authorized by more than one person to proceed.

Algorithm-based protections can be used in the same way that a nuclear missile strike must be authorized by many people at the same time before it can be launched.

With the buzz going on in the crypto world, which is owed to its prospects, the propensity for crypto theft can not be undermined. But it is important to have an eagle eye over your account to ensure malicious attacks are spotted on time and necessary steps are taken when access to your funds has been breached.

Crypto Trading Vs. Forex Trading: Everything You Should Know Before Your First Trade

How To File Your Crypto Taxes In 2022

How NFT Is Used To Improve Business Strategy

How To Read Cryptocurrency Charts

How To Earn Crypto Passive Income With Forks And Airdrops

5 Big Mistakes You Need to Avoid in Crypto

How To Buy USD Coin (USDC)

Semi-Fungible Crypto Tokens: What Are They And Why Should We Invest In Them?

The Concept of Market Cap & Why It’s Important

What Are Smart Contracts In Cryptocurrency? A Beginner’s Guide

7 Best Cryptocurrency Exchanges For Africans In 2022