Meme coins such as Wakanda Inu have gathered much attention since the first meme coin, Dogecoin, surfaced in the crypto market. Their popularity can be attributed to a large community of supporters who have also played a significant role in creating value. This followed the emergence of the Shiba Inu coin and other unpopular meme coins that followed suit. In 2021, Dogecoin’s price skyrocketed after billionaire Elon Musk openly declared his support and shared his view on the potential of the meme coin.

The creation of Wakanda Inu was inspired by the 2018 Marvel movie, “Black Panther”, featuring a mythical place named Wakanda. It was an African project created by a group of young Africans who wanted an African project that could compete with other continents.

Meme coins do not have specific use cases in general. Still, Wakanda Inu creators believed that the project could be Africa’s project which would eventually displace other meme coins and be used as charity to help the poor.

Are you interested in the Wakanda Inu coin and willing to join the biggest Africa meme coin project?

All you need is to buy Wakanda Inu coin, and you’re set to go. You can check out the price of one Wakanda Inu coin in Nigeria and consider if you’re willing to invest in it at this time or not.

However, as you are about to do that, you will need to generate a contract address. This address is simply the exact location of a contract which manages a coin in a blockchain.

You will always need it when you want to add a Wakanda Inu coin to your Wallet.

This article will show you the simplest ways to generate the Wakanda Inu contract address and its requirements.

Let’s talk about the meaning of  ERC-20 tokens before discussing the wallets that support them.

ERC-20 tokens are Ethereum blockchain native tokens which adhere to the ERC-20 technical standard. This standard shows several rules and actions that an Ethereum token or smart contract must thread on as well as the steps that can be taken to implement them.

This  ERC-20 standard makes each token the same value and type as another.

ERC-20 tokens are simply Ethereum blockchain native tokens held together by a technical standard of actions and rules that can be used and implemented. These tokens have wallets in which they are best fitted, and we will talk about a few wallets for ERC-20 tokens.

Metamask wallet is a trendy web-based and mobile ERC-20 token wallet. You can get it as an extension on Chrome, Firefox etc.

Every ERC-20 token can be stored in the Metamask wallet as long as they are minted on the Ethereum blockchain. This Wallet is available and used worldwide, which explains why it supports multiple languages. Metamask supports other blockchains, line Avalanche and Fantom.

Trezor is a popular hardware wallet that supports all ERC-20 tokens. So if you are interested in a hardware wallet, then Trezor should be your target wallet.

The Wallet is not so complicated, so it’s easy to learn. The large screen and intuitive interface will aid in this.

The Trezor ERC-20 hardware wallet is highly secure. According to claims by the company, Wallet has undergone a security audit by third-party security experts.

You can recover your Wallet in case of loss through the offline backup offered by the company.

Many other wallets use ERC-20 tokens, but you can generate your Wakanda Inu contract address with any of these two wallets. 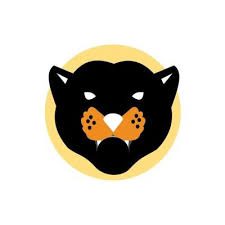 The gas fee is measured in tiny fractions of the cryptocurrency, Ether. However, the gas price is not fixed; instead, it is determined by the demand, supply and network capacity at the time of the transaction.

In generating the Wakanda Inu contract address, having Ether in your Wallet, with which you will pay the gas fee, is a requirement.

Here is a simple step-by-step guide to generating the official Wakanda Inu contract address from your Ethereum wallet. It can be any of the earlier mentioned above or other wallets that support ERC-20 tokens.

Securing your private key and this contract address is important because you will always need it whenever you want to add the Wakanda Inu coin to your Wallet.

Your private key is early access to your Wallet, so you should be careful enough not to be careless with it.

Wakanda Inu is one of the best crypto projects that have emerged from Africa, and it has most likely come to stay.

5 Interesting Things To Know About Prestmit

My Crypto is Dipping? What Can I Do?

How To Save In Dollars In Nigeria 2023

What Is Wrapped Ethereum (wETH) And How Does It Work?

How To Sell NFT In Nigeria

How Much Is $100 Bitcoin In Nigeria Today

How To Apply Prestmit Promo Codes

5 Websites On Which To Make Money Online

Seed Phrases: Why Are They Important To All Crypto Enthusiasts?

What is the Difference Between Crypto Staking & Crypto Lending?