A Steam Card is a gift card that can be used on Steam. A Steam gift card can be used to buy games and software on the Steam website. An activation code will be provided to the cardholder, who can then use it to finance their Steam account. By transferring money into your Steam wallet, you can buy anything on Steam, such as games, downloads, software, and hardware.

1. Steam gift cards never lose their value. Suppose your wallet credit is empty despite previously containing funds. In that case, it is most likely because you made a recent transaction and the system automatically took funds from it in addition to your preferred payment method.

2. Steam gift cards are the greatest for gamers; they have been around for a while and are the most popular gift cards available on the market. The gift card provides free online access to various games and downloads.

3. Nothing is as good as having a range of denominations for a gift card. However, Steam gift cards can be quickly and easily mailed to your email after purchasing. The gift cards can be purchased using Bitcoin or PayPal in simple steps.

4. With Steam gift cards, the recipient can decide what to buy. As a result, some stress related to selecting the ideal gift is reduced. It is the best approach to give a versatile gift that everybody can appreciate.

5. You can purchase gaming hardware from Steam using a gift card or funds from your steam wallet and buy and play games and software. 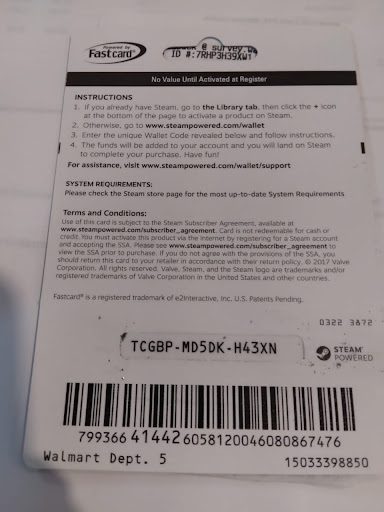 Steam cards contain 15 alphanumeric codes (alphabets and numbers), with each card country being identified through the text at the back of the card. You can buy physical steam cards from retail stores, which come in denominations of $25, $50, and $100. While you can receive the card via email, you can also receive your card through shipping after purchase. The denomination on the physical steam card can be converted to your local currency upon redeeming the card. 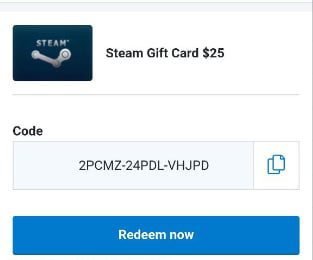 This is a digital type of Steam card which can only be received by having the encrypted codes delivered to you through electronic channels, such as email. The electronic code can work with gift certificates, which can, in turn, be used to buy software, games, and other digital assets on Steam. Also, you can get the Steam electronic code in different denominations from retail stores, which will be converted to your local currency rates when you redeem it.

How To Identify Pictures Of Steam Card Of Counties

The Steam Ecode is a 15 alphanumeric code encrypted and received via electronic channels like email. This is also referred to as the digital card, with the country’s name “United States” on it. Also, there is a clear indication of the denomination on the pic of the Steam card, such that you can either copy the code, print the code as a gift, or redeem the code on Steam. 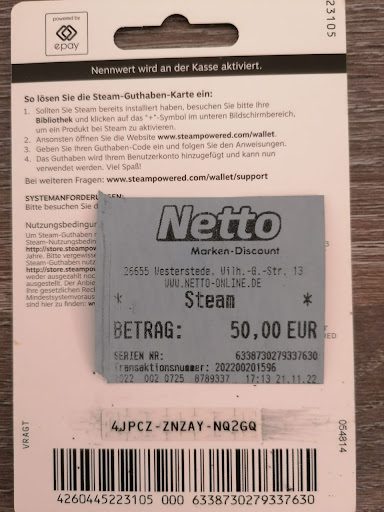 Euro Steam card is exclusively created for European countries that use Euro as their official currency. These countries include France, Germany, and Austria, and the cards are written in French, German, and Austrian languages, respectively. Following this, the price of the exchange value of the Euro Steam card will be the same across these countries in the Eurozone. However, you will see the country of the card with the denomination written boldly on the card, while you can also view the retail store that sells the card. 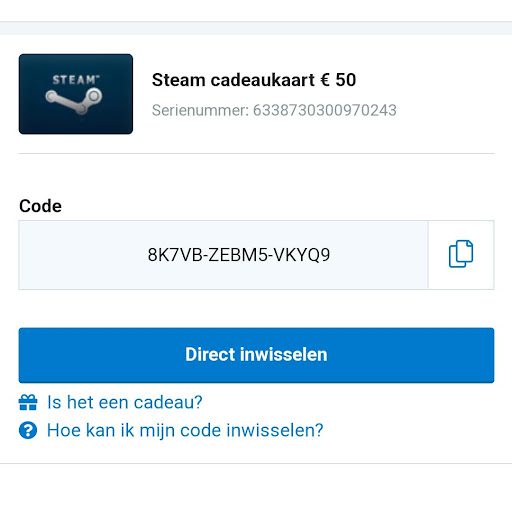 Similar to the choice of language peculiar to the physical Euro Steam card, the little steps to redeeming the Ecode are also in the wording of the countries using the Euro as their local currency. The 15 alphanumeric codes are encrypted while being sent through electronic channels. Moreover, the Euro Steam Ecodes can come in different denominations as low as €50. 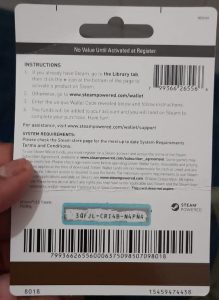 This is a Steam card being used in Australia and other countries. The card is tied to the Australian dollar (AUD) such that its exchange rate is in respect to the AUD. Just like every other physical card, the AUD Steam card has a barcode with the trade of Steam company. There is also the denomination of the card boldly indicated with the 15 alphanumeric codes on it. As English is the official language and is widely spoken across Australia, the instructions on the card are written in English.

This Ecode has the Steam card name with the card’s denomination available for proper identification. You can only receive this Ecode via electronic channels like email, with its 15 alphanumeric codes to copy for printing or whatnot. 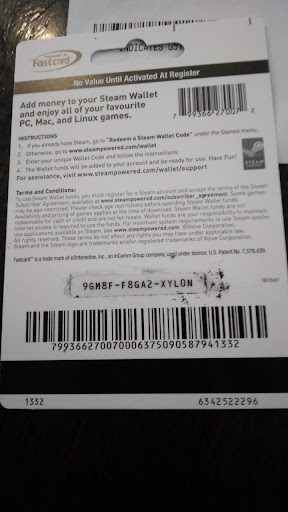 New Zealand Steam card has distinguishable features of products you can use the card to buy. The instructions and terms & conditions on the card are written in English with the amount of the card on it. Also, on the pic of the Steam card, there are 15 alphanumeric codes with the trademark of Steam company imprinted on it. The card has a serial number, so it cannot be redeemed more than once. 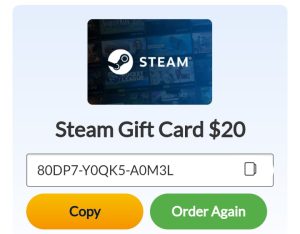 Although the New Zealand Steam Ecode seems like a physical card, it is encrypted to protect it from unauthorised use. The amount of the card is indicated at the top right corner of the Ecode with instructions on how to redeem it. 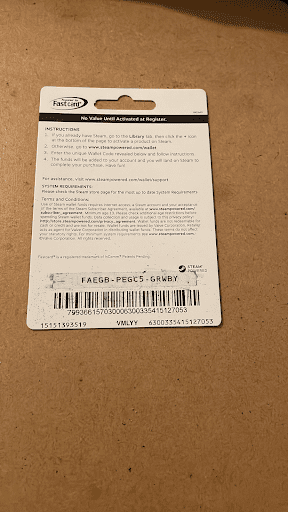 The UK Steam card has its instructions and terms & conditions written in English; as such, the UK card cannot appear in any other language than English. The card consists of 15 alphanumeric codes with the trademark of Steam imprinted on it. The denomination of the UK steam card can be as low as £25. 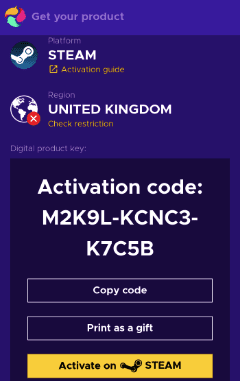 The 15 alphanumeric code comes in the form of an activation code with the United Kingdom indicated as the region of the card. Meanwhile, you can either copy the code or print it as a gift for someone. 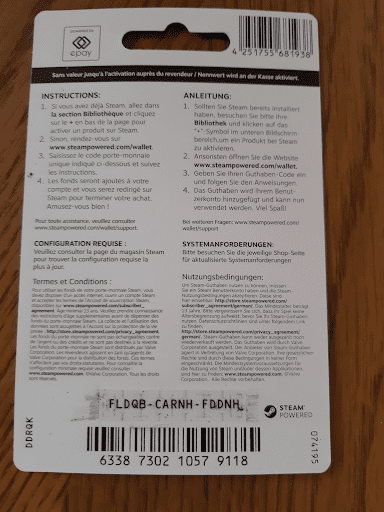 Switzerland is a multicultural country with different languages widely spoken in the country. However, the preponderance of people in Switzerland speak either French or German; as such, they are notable for being the country’s two official languages. Therefore, the Switzerland Steam card has instructions written in French and German. The card has 15 alphanumeric codes with the Steam company trademarked on it. 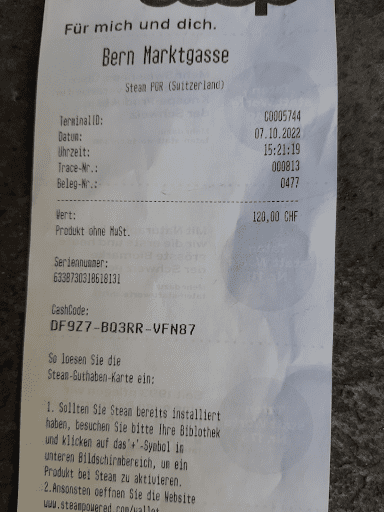 The Ecode appears in a ticket form with all the necessary details. The cards show the amount it bears with the 15 alphanumeric codes to redeem the card. 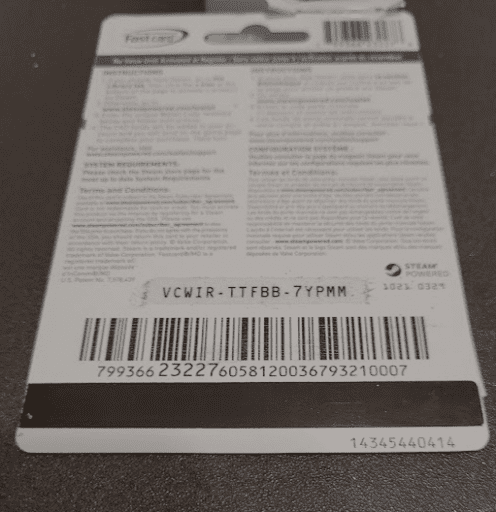 Similar to other Steam cards, the Canada Steam card has 15 alphanumeric codes with the card’s serial number. The official languages in Canada are French and English. Therefore, the card’s instructions and terms & conditions are in the two languages. 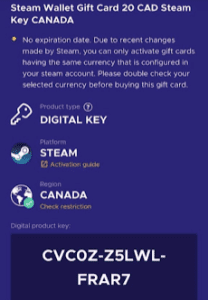 This Ecode bears the amount and the 15 alphanumeric codes. The Steam Ecode boldly specifies Canada as the restricted region of purpose. In addition, Ecode has a Steam activation guide on how to redeem the code.

Steam gift card has international recognition as one of the best cards to trade. However, it is important to know the distinguishing features of Steam cards in each country for easy and safe identification to forestall being a victim of fake Steam gift cards.

How to Buy Bitcoins with Your Vanilla Gift Card

Where To Sell Gift Card In Portharcourt, Nigeria

How To Sell eBay Gift Cards in Nigeria

How To Sell Gift Cards For BITCOIN or USDT On Prestmit

How To Redeem Steam Gift Cards On Steam

How To Check Visa Gift Card Balance In Ghana

How Much Is Razor Gold Gift Card Rate In Nigeria

Is a Visa Gift Card the same as a Visa Debit Card?

How To Find Chinese Gift Card Buyers With High Rate