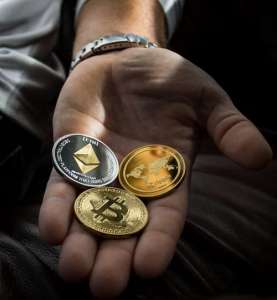 This past week has been particularly “red” for everybody in the cryptocurrency world. Its a national issue. If you are into cryptocurrency, you would know a lot about this. If you aren’t, you would feel it as well maybe just not as those that actually invested in it. A lot of people even took to their socials to insulting Elon Musk and the people that introduced them to it. More than half of the cryptocurrency market has been down with Bitcoin and Ethereum leading with 21.68% and 31.26% drop in prices respectfully.

What actually caused the crash?

After Elon Musk, Tesla’s CEO, announced that Tesla would not be accepting Bitcoin as payment for its vehicles, the crypto market took a downward course. Musk, in February 2021 had started accepting Bitcoin as payment for its services. Tesla at that time bought $1.5b of Bitcoin shares. This decision further endorsed the crypto market as it upped the prices of both the crypto and Tesla. People, who didn’t believe in it earlier, now saw reasons to invest in it.

Now why did Elon Musk decide to pull out all of a sudden especially after previously endorsing the crypto market? According to him (Elon Musk), “We are concerned rapidly about the increasing use of fossil fuel for Bitcoin mining and transactions, especially coal which has the worst emissions of any fuel”

Check out this article: What you should know about cryptocurrency.

When Elon Musk made this announcement on Twitter, what the outcome was would never have been predicted. Bitcoin’s value dropped $6 billion. Days after Elon Musk’s announcement, China decided to tighten crypto regulations. It was going to block ICOs (initial coin offerings), block exchanges and eventually warned against speculative trading.

Bitcoin isn’t the only cryptocurrency that has had a taste of this decision. Ethereum, Binance Coin, XRP, Litecoin and even Dogecoin has had a share as well.

What is the way forward?

This decision has left lots of Nigerians in a mixed state. Nigerians took to Twitter to share their pain. While some were regretting that they used their house rent to buy Bitcoin, some were rejoicing that they didn’t buy Bitcoin even when people were rubbing it in their faces. Does this mean there is no future for Bitcoin and other cryptocurrencies anymore? Does this mean Bitcoin will cease to exist? What exactly is the way forward?!

While we cannot fully ascertain the future of the crypto market, all we can do is wait.  If you still believe in Bitcoin and other cryptos, you can keep on believing that it will rise. But while we wait, note than you can still trade with us. If you want to sell your Bitcoins, we are here to buy.

Have you downloaded the Prestmit app yet? If you haven’t, please click here to download on PlayStore. Iphone users can still trade on the website for now; we are working on its availability on the Apple store.

If you’re ready to trade or you need help, please click here to contact PRESTMIT on our official WhatsApp line at 07026290389

You can also make use of the live chat on our website at any time. You can also send us a mail at [email protected]

Now, shall we trade?

Things To Know Before Investing In Cardano

What You Need To Know About Bitcoin SV

What You Need To Know About Avalanche (AVAX)

What Are The Risks Of The Ethereum Merge?

What You Need To Know About Bitcoin Scam

The Top 9 Global Companies That Accept Bitcoin for Payment

Is Shiba Inu Coin a Good Investment For The Future?

What Is Britcoin? Everything You Should Know

Which To Buy Between Filecoin & Litecoin?

Stocks Or Bitcoin- Which Is The Better Investment Option?

How To Earn Passive Crypto Income With Ethereum

How To Buy Bitcoin With Credit Card On Remitano