Despite the lingering bear trend of the Bitcoin market, Bitcoin (BTC) has yet continued to hit consistent lows on a daily as traders have readied themselves for the effect of the new United States inflation data. Market Could Be A Mess If CPI Keeps Rising

According to data from TradingView, the BTC/USD pair chart dropped  to $22,668 on Bitstamp at the most recent daily close,which is the lowest recorded since  Aug 5.

The major expectation of the data which will cover July, is that the US inflation had increased.

Blockware lead insights analyst William Clemente wrote about the event in a tweet, according to him “CPI prints have been pretty pitoval for BTC price action,” also  adding that CPI would form a “big day” for crypto.

A chart showed the effect of the last CPI readout on the BTC/USD pair. 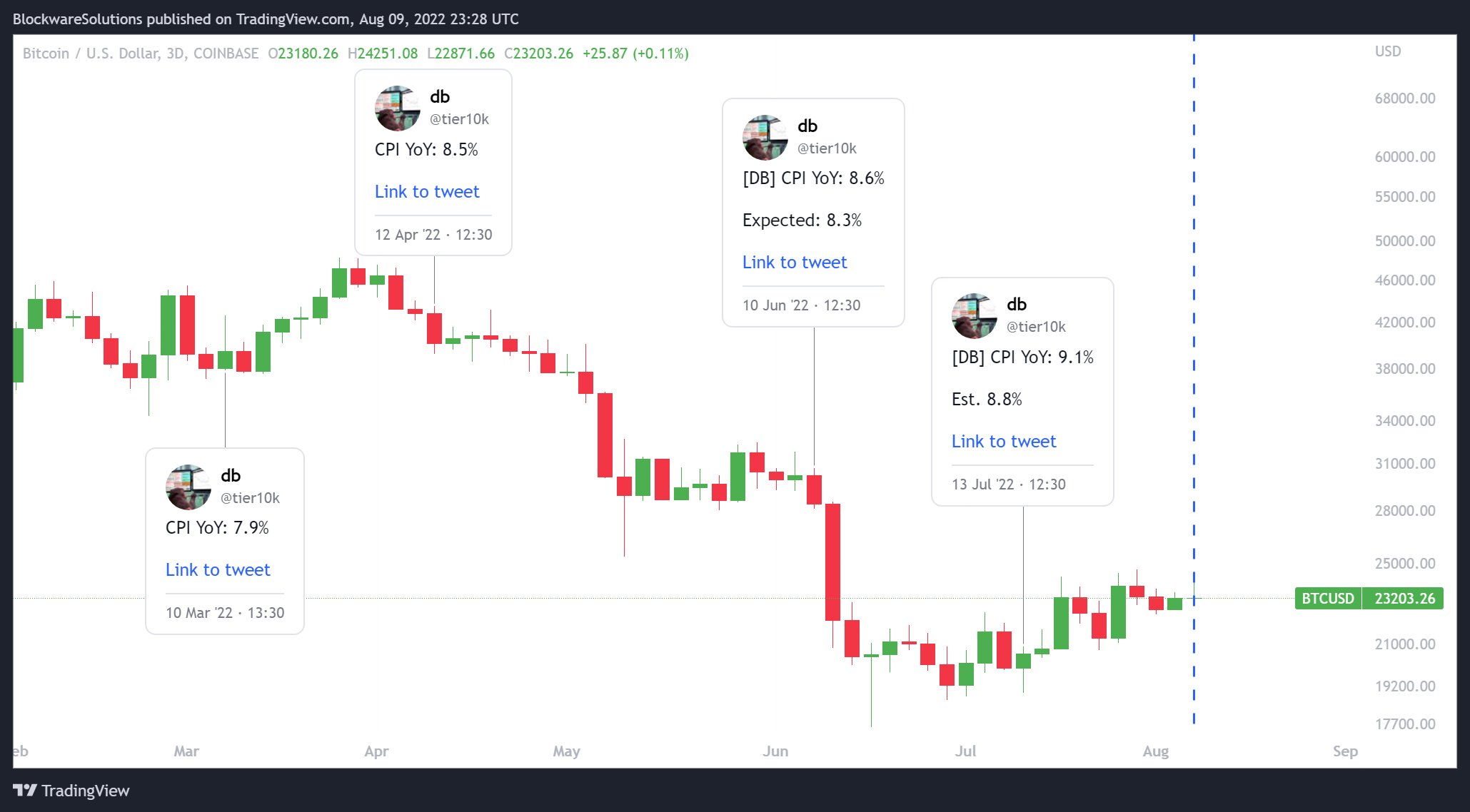 However, trader and analyst Daan Crypto Trades provided CPI reading of 9.1 or above as “bearish” for price action against current expectations of 8.7. He backed this in a thread on Twitter. According to him “The market has been pumping on the idea of inflation having likely peaked the past month,”

Alex Krueger, a macro analyst, was more dismissive but he called CPI a “little number” while acknowledging its impact on risk asset trends.

BTC price action is still consolidating in a familiar range with the support and resistance levels still holding.

In a tweet, Daan Crypto Trades marked $24,300 as a delicate  level to break and hold abd Bitcoin will fly, with $21,000 a potential target in the event of a breakdown. 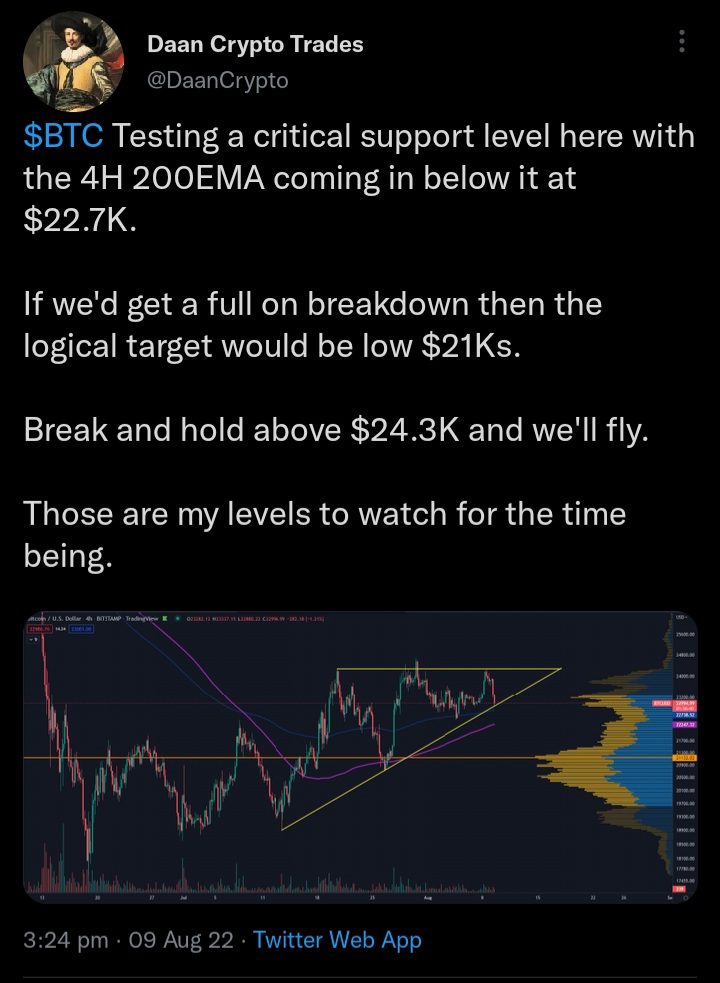 Meanwhile, On-chain monitoring resource Whalemap had continued its analysis of whale buy and sell levels. In a tweet summarised  by the Whalemap team the previous day, they tweeted that “$BTC is back to the whale accumulation area,”

Human Trafficking In The Metaverse? How To Make It A Safe Place

What happened In The Crypto World Last Week? The Summary

War Bonds, NFTs And Crypto: How Ukraine Is Funding Its Defense